Humber Sport is reader supported. We may earn a small commission if you click on the links on this page and make a purchase but at no extra cost to you. Learn More. 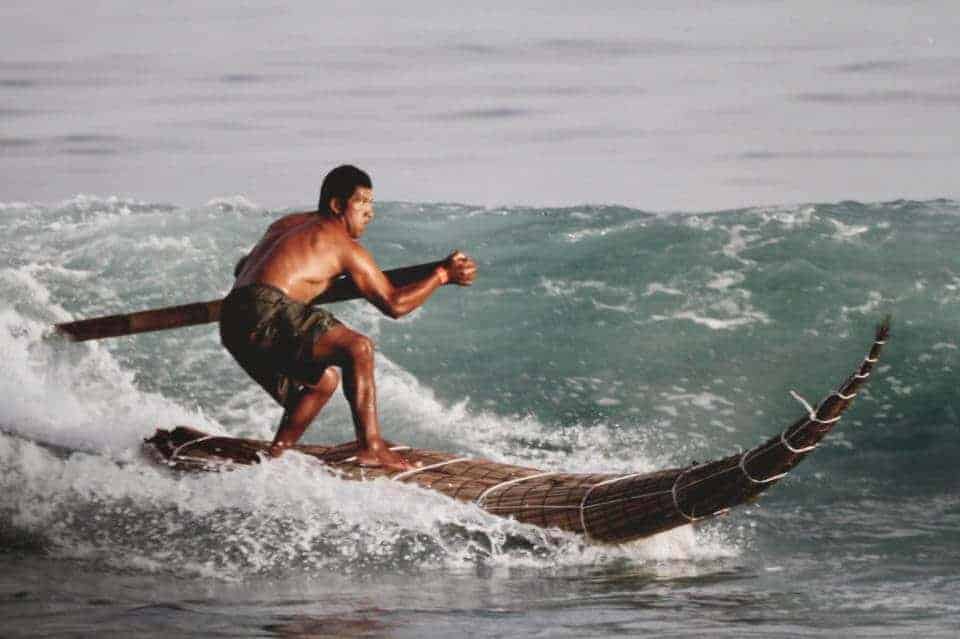 How We Test Our Products

Products are tested by our team of experts with years of personal experience.

Why Should You Trust Us

We do not simply trust a brands word, we put the products to the test!

Unbiased reviews and in-depth research go into each and every review to ensure the best product for everyone.

It has been said to start in 2004 when all we had were Nokia’s indestructible keypad phones (Just for the record, Nokia recently announced a remake of the sought-after 3310.)

That is partly true, but there are interesting “facts” behind the historical background. I’m looking at behind real events and what is said to be a myth. Of course, this dependent on your belief.

While most of us are already born in 2004, apparently the concept has been used waaay before our time. In fact, our grandparents weren’t still alive back then. Centuries ago, before the cre 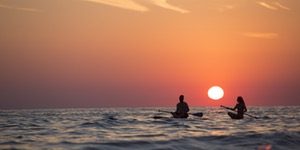 ation of McDonald’s famous calorie-clogging burgers, people have already been SUP some small watercraft. Had I listened closely to my Religion teacher in grade school, I would have fond out sooner.

If you have at least paid attention to some of your classes, it has been discussed the Queen Bithia has found a baby, now named Moses, in a small basket being concealed in the stems. Because water skiing wasn’t a thing back then, she was doing her usual routine of crossing the Nile using SUP a small boat. Mostly the reason why she was able to spot the infant who was soon proclaimed the Savior of the Jews.

If there’s anything we can get from this, it’s that it has saved millions of lives. Making it even a cooler sport. Who knows? Maybe we could spot the next “Moses” with our Paddleboards.

When our parents were still pretty young – and not as grumpy as they are today – some guy named Felipe Pomar was given the title of World Surfing Champion back in 1965. He has shared his thoughts that his ancestors were already doing it since 3,000 B.C. As of now, we call it as “SUP”, his people, apparently called it as “TUP”.

We’re using awesome-looking inflatable paddleboards today, while they were doing it with the use of their improvised watercraft, which was made out of bundled reed. There are actually more people to talk about. There were a group of badass paddlers in Circa 800 A.D, let’s just name them as paddlers of the Mediterranean.  These people were Israelites.

Hundreds of years after, another group of fishermen did the same back in 1200 A.D. I’m not sure if all of them had only one leg, but they were called as the one-legged paddlers.

History, is a funny thing, after all. Moving on, there was some woman who was called as the “Witch of Newbury” (Sounds fishy, but it is what it is) Apparently this “witch” made English soldiers lose their marbles by standing and paddling as she cruises the English River in 1640.

I find History quite amusing, but I’m not really interested why they were given such ridiculous names and titles. What I am interested in is how the hell did they manage to make it a sport? 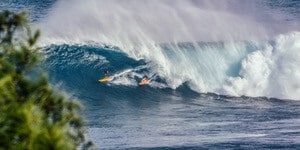 We’ve already established that they were already popular centuries ago, but it hasn’t been enhanced for quite some time. Surprisingly, innovation took place during the 20th century. And this was during its 1st decade.

The place where it all started, is no other than, Hawaii. Well, considering cool people are born in Hawaii, this isn’t a shocker – What’s up, Ryan Higa’s fans? They also had a different name for standup paddling as well. They were called as “Beach Boy Surfing” (for some reason, beach boy surfing is better than standup paddleboarding, new one is boring).

These awesome Hawaiian surfers were already SUP with the use of their zero-buoyancy olo boards decades ago. Let’s investigate further. There were a lot of accounts being published in 19th Century, particularly in Europe. It has been stated that there was an evidence in wave sliding existing. However, there was no information being released on standup paddling for some reason.

After which, a writer came to light, his name was Samuel Clemens. He has a penname of Mark Twain and decided to investigate on this matter. He would be considered as a digital nomad if he had been only alive in this era – too bad there’s no internet back in the day.

He has traveled across the land – Sandwich Islands and Venice – searching far and wide. He was doing a better job than Ash Ketchum at that point, and this was in 1865.

Exactly 7 years after his adventures, he has a record of his travels. He has made it point that he saw people surfing in the Pacific Ocean. Also, gondoliers of Adriatic were also being used a surfing spot by enthusiasts.

Unfortunately, there was no relationship between the two. This could only bring about a conclusion that no one, in particular, was paddleboarding in Hawaii of the referred years. In 1906, a movie was being released entitled “Surfboard Riders” needless to say, this was a Thomas Edison movie. In the movie, there were surfers riding different types of watercrafts or paddle boards.

From the information above, we can extract that paddleboarding is only a recent occurrence. We do have a clue though, but this was in a 2004 movie. 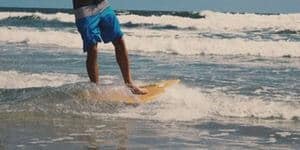 The title of the movie was Blue Horizon of Jack McCoy. The clip is quite vintage. As a matter of fact, it was a black and white footage. It’s an amazing find that Duke Kahanamoku was standing up and paddling.

The clip was being discussed by experts, these were Scott Starr, Nick Carroll, Geoff Cater, and Desoto Brown.

These were world-renowned professionals of surf culture. These veterans all had the same belief and agreed. Duke was paddleboarding some Australian surf ski. Shockingly, it was a present which Duke received coming from a lifesaving team. It occurred at around 1939. There was a photo being discovered of a man who was seen cruising by standing up and paddling the Croatian Reservoir in 1938.

No one really knows what he was up to, but it seems he was the first man ever recorded paddleboarding. Because it wasn’t as popular as it is today, paddleboarding become cold for a couple of years. After years have passed, an enthusiast who wanted to follow the footsteps of Duke Kahanamoku was seen standup paddling. He was John Zapotocky, and he started his love for the sport in 1955.

There was some who testified, namely Pipeline Master Gerry Lopez, that there weren’t a lot of people standup paddling from ‘50’s to ‘70’s. It was only John Zapotocky and Pops AhChoy.

While there were only two of them practicing the sport, Pops only did so by using a rubber raft paddle. Age has some terrible ways of showing signs, like a knee problem AhChoy was experiencing. It wasn’t long after that two of his boys – LeRoy and Bobby – decided to practice standup paddling as well. But the reason was mostly to keep their cigs dry. And maybe some photography as well.

The Start of Modern Standup Paddling

While these guys contributed quite a lot on the SUP’s pre-history, there was someone else behind the modern paddleboarding. Laird Hamilton and Dave Kalama were the very two people who set a mark in history.

It was a photo taken in 1996. The two friends were in tandem, both of them were in standing position as they propelled themselves with the use of paddles.

Later on, Laird was then standing and paddling with his daughter. It became an inspiration that led him to get the world’s very first standup in 2001.

After a year, to be exact, the 12th of September in 2002, his ideals were finally complete. It was a magnificent 6-foot board with a matching American flag – Laird did it. Since that day, approximately 15 years ago, it was clear that he was making something new. An entirely new sport was created. That’s how Standup Paddleboarding came to be.

SUP has broken barriers when it comes to popularity among board sports. And although innovation took place in a number of sports, such as sailboarding, kiteboarding, kayaking and many among other things.

Standup Paddleboarding is the fastest growing sport of them all.

Hi there! My name is Matt McKnight and I’m a passionate outdoors guy who enjoys being in the wild and doing many different types of outside activities, such as paddle boarding, kayaking, diving all the way to camping and hiking! I fell in love with the outdoors back when I was a little kid when my dad used to take me on camping trips in our kayak. It has since grown from there and into this site! You can read more about me here

Subscribe to get the latest sports gear, gadgets, news & more exciting discounts specially for you